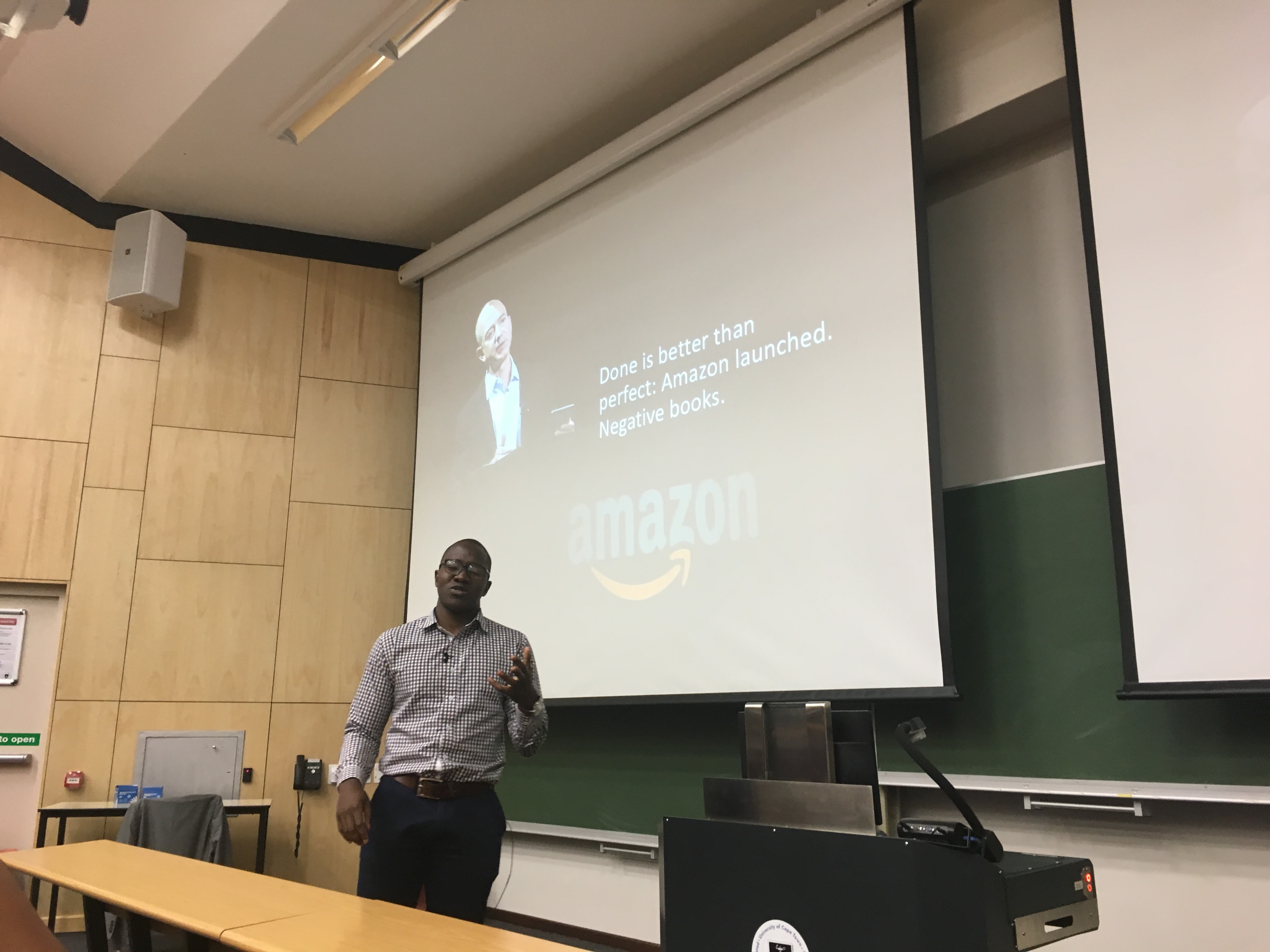 One of the best pieces of professional advice I’ve ever received was from Melvyn Lubega  at a guest lecture on my course last year.

This advice is a brilliant way of getting in the door at almost any organisation.

Let me explain how

Melvyn was at the end of his undergraduate degree and, for various reasons, hadn’t set up work for the following year. He’d missed all the application deadlines for internships.

He realized he needed to get a good job, particularly because he had aspirations of getting the Rhodes Scholarship (which he subsequently did).

So he set about trying to get himself in to the big consultancies in South Africa, such as BCG, Bain, Accenture and McKinsey.

He didn’t start by going to the company website, the career portal or the graduate recruitment staff.

He started at the top, by emailing the CEOs of the various organisations.

How did he get their emails? He guessed them.

Most companies follow a standard email address setup, such as firstname.lastname@company.com. So he figured out the pattern for each of the consultancies and emailed the CEOs.

The CEOs would then get the email and often responded. But they didn’t tend to his application. Instead they handed him off to the HR or graduate recruitment staff.

Now, these staff members were dealing with an instruction from the CEO. And so they dealt with it as best as they possibly could. They contacted Melvyn, set up interviews and did the necessary tests.

And Melvyn got offers from almost all the companies he emailed.

He eventually ended up working at BCG where he got to do some incredible work that eventually catapulted him onto his current trajectory.

The lesson here is that sometimes the best way to get your foot in the door is to start at the top. And when you get passed down the line, the people below will pay much more attention to you.

Thanks Melvyn for the story (and the advice)!

Image is from Melvyn’s guest lecture at UCT last year 🙂